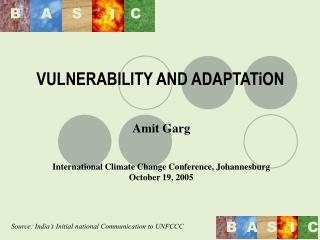 Adaptation and vulnerability, polymorbidity - Manifestation of novel social challenges of the european union in the

CLIMATE CHANGE VULNERABILITY AND ADAPTATION IN COLOMBIA - . institute for the studies of the americas course environment