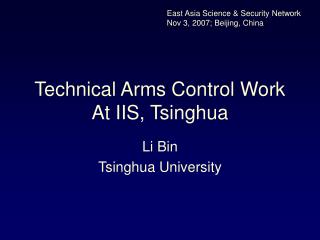 Control Arms - Now includes pillowball grease you asked, and we delivered! you no longer have to purchase stamped out and

Sergeant At Arms - . district convention 2017. mary amontos , saa coordinator. why have code of conduct?. to ensure

Trade and Arms Control - . after wwi, most americans favored isolationism they did not want to become involved in foreign

Arms Control and Information Warfare - . problems, prospects, policies .... and a plea for a new approach towards arms

MRPC manufacture status at Tsinghua University - . wang yi. sand off the corner of glass. until september 12,2006, 90

brahmos-missile-brahmos-supersonic-cruise-missile - "brahmos is 2 stage, solid fuel for initial acceleration and