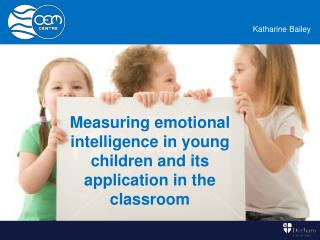 Measuring emotional intelligence in young children and its application in the classroom - . katharine bailey. why is

Measuring ICT in the Classroom - . assessment, recording and reporting ict university of southampton school of education

Emotional Wellbeing and Mental Health of children and young people in Medway - . medway vision for