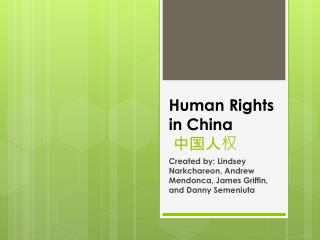 Human Rights in China 中国人权. Created by: Lindsey Narkchareon, Andrew Mendonca, James Griffin, and Danny Semeniuta. Introduction . The Universal Declaration of Human Rights was adopted by the UN in 1948 This includes the right to: Life, Liberty, and Personal Security

Human Rights in the Context of UN Reform - . what is the undaf?. strategic programme framework for the un country team

Human Rights in the Context of UN Reform - . what is the undaf?. strategic programme framework for the un country team