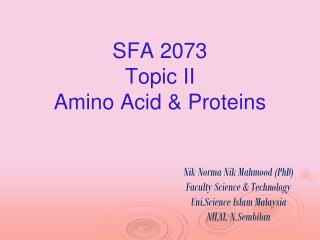 CH339K - . proteins: primary structure, purification, and sequencing. a -amino acid. a. all amino acids as incorporated

What Are Proteins? - . proteins: large, complex molecules found in cells of all living things dictated by genetic

Chapter 11 Carboxylic Acid Derivatives - . acid derivatives. all can be converted to the carboxylic acid by acidic or

CHAPTER 19 - . amino acids and proteins. the importance of proteins …. many functions in the body! (supportive,