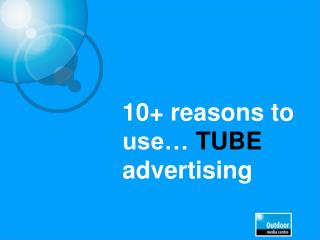 10+ reasons to use… TUBE advertising 10+ reasons to use… TUBE advertising

Photomultiplier Tube - . what is it?. extremely sensitive detector of light in the ultraviolet, visible and near infrared

ABB Tube Mills - . reference list january 2005. asia metals tube rolling mills. abb has gone from being out of the market