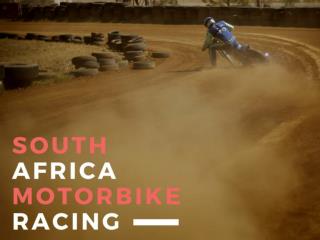 Not far from the refurbished F1 race track of Kyalami in Johannesburg, South Africa is a small, virtually dirt race track that attracts only the brave and rare “petrol heads” on some Sundays to race against each other in the hot sun for bragging rights and a trophy. The track is home to the Walkerville Speedway Racers Club that includes flat track racers, sidecar racers and a new breed; the Stof Kop (dust cup) racers. South Africa - . sandra gomez. population and ethnic. 49.1 million is shrinking at an annual rate of 0.05 percent.

South Africa - . south african geography. its my first time in south africa . when i was still in the plane i have seen

South Africa - . where is africa?. africa is the second largest continent in the world. it covers 6% of the world’s

South Africa - . by: mr. hunter. south africa/paleontology. bantu. 1. how were the bantu different from earlier groups of

South Africa - . “ you are either alive and proud or you are dead . . . and your method of death can be a politicizing