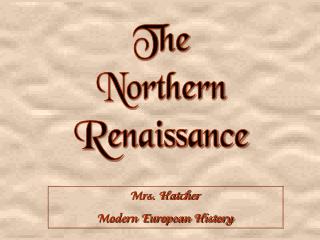 Welcome Back! - . bell ringer… agenda and objective: through notes and discussion students with define the renaissance

Chapter Seventeen - . renaissance artists. “the eye , which is called the window of the soul, is the chief means

The Harlem Renaissance - . “the negro movement”. where &amp; when …?. -the harlem renaissance took place in new

Unit 4: Chapter 11 – Renaissance and Reformation - . in this chapter, you will learn about important changes that led