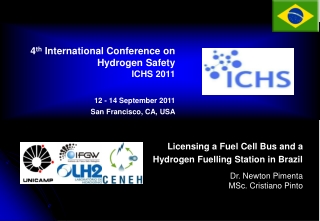 How will hydrogen fuel cells change the world? - . why do we need a new fuel source?. currently our machinery runs on oil

How to Use Hydrogen as a Fuel - . hydrogen is a clean alternative fuel because it makes no air pollution. what comes out

Fuel Cells - . electricity at it’s best. what is a “fuel cell?”. fuel cells and their works. here is when the

Hydrogen – Fuel of the future ? - . charactaristics of hydrogen. hydrogen is the first element of the periodic table.

Hydrogen: The Fuel of the Future? - . by megan lavey. how does a hydrogen fuel cell work?. hydrogen to the anode oxygen