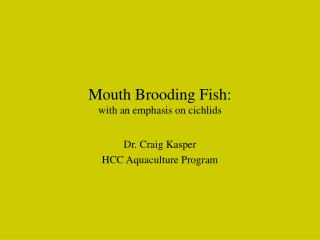 Natural Resources {Fish} - . objectives. identify different sections of a lake or pond determine the external and

Fish - . by: miguel and vonne. fish. fish are water creatures and animals. there are over 25,000 species in the world.