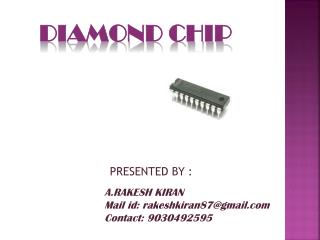 A Chip On One’s Shoulder - . the word “chip” is figuratively used in english. “a chip off the old block,”

Diamond Dust - . what is diamond dust? well diamond dust is non branched snow crystals that fall from the sky in the form

DIAMOND MINING - . over the next few weeks the class will be investigating the diamond mining industry. we will be