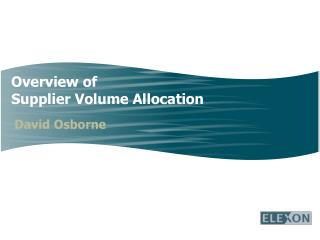 Allocation of Rights - What we have been asked. from working group torstandardswhether there are international standards