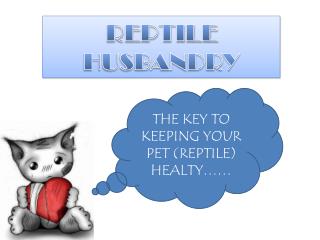 Husbandry - . it is estimated that the majority of health problems observed in pet birds is due to improper husbandry and

Chapter 10 Anatomy and Physiology of Farm Animals - . reasons to learn anatomy and physiology. to describe animals in

Department of Animal Husbandry, Dairying and Fisheries, Government of India - Orientation workshop for the district