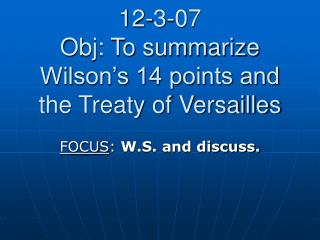 The Study of Administration (Woodrow Wilson) - . “administration is the most obvious part of government. it is