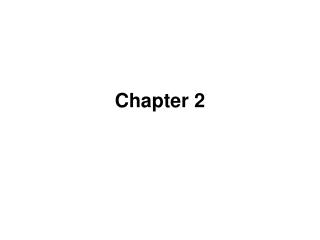 Chapter 2. Significance of Scores. We have known how to find an optimal alignment, how can we assess the significance of its score? How do we decide if it is a biologically meaningful alignment given evidence for a homology, or just the best alignment between two entirely unrelated sequences