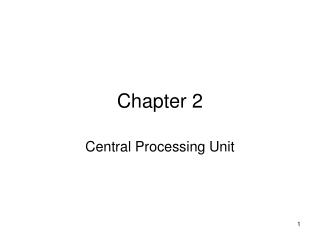 Chapter 2. Central Processing Unit. CPU. The "brain" of the computer system is called the central processing unit . Everything that a computer does is overseen by the CPU. CPUs have for years increased their performance. CPU History.