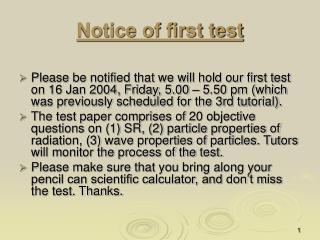 Test Development - . why develop a new test?. meet the needs of a special group of test takers sample behaviours from a

Cervical Cancer Early Detection Can Save Your Life - . incidence of cervical cancer. every year in the united states: