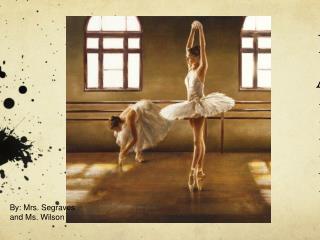 BRIEF HISTORY OF BALLET - . ballet refers to both a dance genre and a particular dance -a dance genre is a large

BRIEF HISTORY OF BALLET By Wendy Oliver - . ballet refers to both a dance genre and a particular dance -a dance genre is

Teaching is like a ballet … - . mikaela kang. the process and formation requires a lot of time and hard work, but when

“An Anthropologist Looks at Ballet as a Form of Ethnic Dance” Joann Kealiinohomoku - . prepared by: dr. kay picart.

CHAPTER 5 - BALLET - . i. introduction a. ballet history dates back to the 15th century in italy, a popular dance form

Artistic Transformation within the Ballet: Loïe Fuller and George Balanchine - . a powerpoint presentation created by

Chapter 2 Thinking About Work - . lesson 2.2 how work is changing. how the global economy affects jobs how technology is

A Brief History of Ballet - . fast facts. the word ballet originated from the italian word ballare , meaning “to