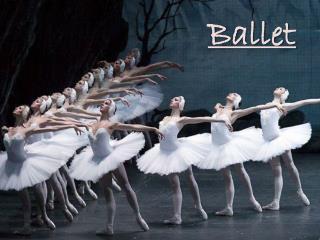 Ballet. What is Ballet. an artistic dance form performed to music using precise and highly formalized set steps and gestures. Ballet Can: tell a story or express a thought or emotion. magical , exciting, provoking or disturbing . History of Ballet.