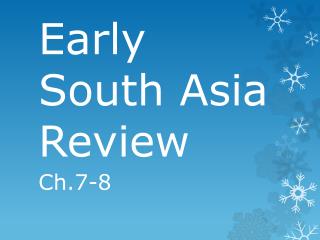 Geography and Early History of South Asia - . the shape of the land climate and resources early civilizations of india.