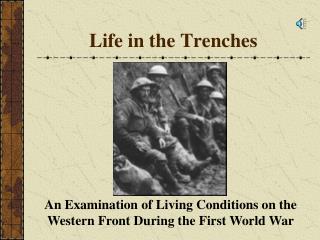 Life in the Trenches. An Examination of Living Conditions on the Western Front During the First World War. World War I Erupts. The First World War erupted in the summer of 1914. Initially the war was met with tremendous optimism as hundreds of thousands eagerly volunteered for duty. Photosynthesis: Life from Light and Air - . energy needs of life. all life needs a constant input of energy heterotrophs