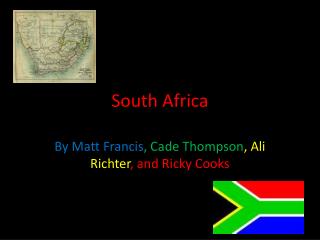 Unemployment in South Africa: Do we know what we are talking about…? - . readings for presentation university of

Unemployment in South Africa: Do we know what we are talking about…? - . readings for presentation university of

The National Metrology Laboratory of South Africa - . meeting the requirements of clauses 7.6 and 8.1 of iso/ts 16949