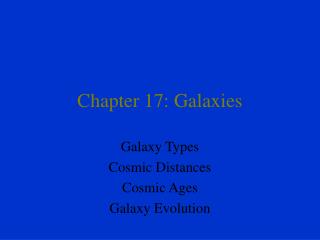 Planets and the Solar System - . there are perhaps thousands of galaxies in the universe. galaxies contain. planets moons

Ch 17--Fate of the Universe - . what do you think?. what is the universe? did the universe have a beginning? will the