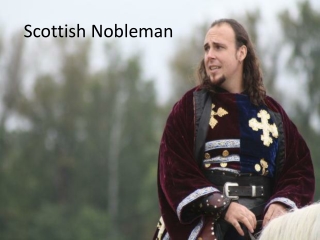 Are you acting in a play or plan to attend a renaissance faire anytime soon? What you need is an authentic costume so you can really look and play the part. SCOTTISH PRIMROSE - . this is one of the few plants which are endangered in scotland. read the information sheet and

Scottish Society - . legal responsibilities. 8 can be found guilty of crimes 12 make a will be subject to asbo. 13 become

Scottish Festivals - . on the 25 th of january every year scotland celebrates the birth of the very famous poet robert

Scottish Origins - . andrew hayward. my scottish heritage. i’m a mix of several nationalities, but most of my ancestors