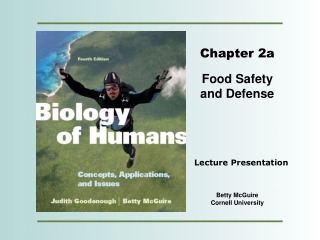 CHAPTER 2a - . chemistry of life. i. composition of matter:. * all things in the universe are comprised of matter -

Chapter 2A: La escuela - . swbat: learn how to conjugate ar verbs. step 1. drop the – ar ending in the infinitive verb,

Chapter 2a Performance measures - . this chapter provides description of cost of quality and quality award model used to

Chapter 2A. Linear Programming - . optimizing the use of resources with linear programming (lp) lp is used in problems

#2A - Reflexive verbs – a verb in which the person does the action for/to himself. these verbs use “se” at the end

Chapter 2A: Hardware systems and LPARs - . objectives. in this chapter you will learn: about s/360 and zseries hardware