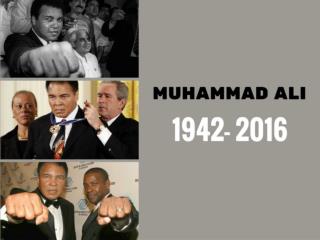 Images from the life of boxing great Muhammad Ali. Elijah Muhammad - . the messenger of allah by thaddeus davis sarabi troupe sean bradley and chandler staten. the most

ISLAM - . early beginnings. a prophet named muhammad was born in 570 a.d. he was orphaned at age 6 and raised by an uncle

Beginnings of Islam - . why is muhammad (pbuh) important to muslims?. objectives. know: the important events in

Muhammad ali - By julisa. muhammad ali. he was live in 1942. haol log did he live. he was afamisboxr. he was a boxr. his

Seerah Of Prophet Muhammad-V (peace be upon him) - . city of yathrib in yathrib islam began to flourish. the people

Muhammad and the Burag - . depicted in the picture in the right is muhammad ascending to the heavens on the burag. the