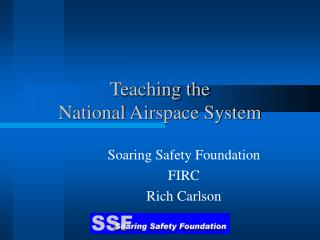 Airspace - . kyle black carol cushman. what is airspace? “the portion of the atmosphere above a particular land area,