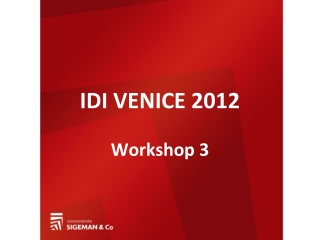 IDI VENICE 2012. Workshop 3. The notion of commercial agency and its borderlines. Magnus Nedström Sigeman & Co, Sweden. “There are worse things in life than death. Have you ever spent an evening with an insurance agent?”. What and who is an agent?