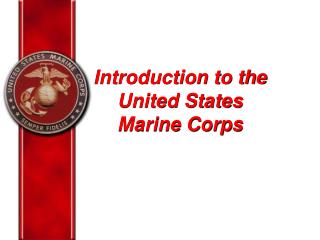 Introduction to the United States Marine Corps. Our Culture. Core Values. Honor Courage Commitment Our most important attributes. This is what we stand for. Mission. Make Marines Win Battles Create Quality Citizens Mission accomplishment is the foundation of our reputation.