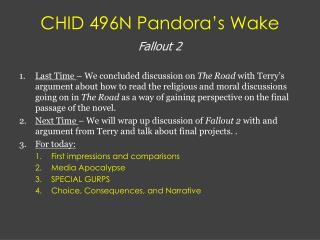 CHID 496N Pandora’s Wake. Fallout 2 Last Time – We concluded discussion on The Road with Terry’s argument about how to read the religious and moral discussions going on in The Road as a way of gaining perspective on the final passage of the novel. Principals O f Flight - . scenario: today we will be discussing the principals of flight, covering how aircraft fly,

A Study of Organizational Culture, Structure and Staffing of the Wake County Public School System

The Crucible Vocabulary - . acts i-iv. inert. adjective having no power of action, motion or resistance; inactive or

Chapter 5 - . human resource planning. much like rip van winkle! you wake up in 10 years. tell me about the world. what

The Office of Multicultural Affairs and The Teaching &amp; Learning Center WAKE FOREST UNIVERSITY - Engaging and