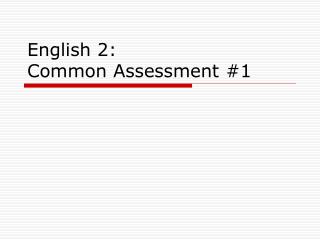 English 2: Common Assessment #1. Literal Language. Def. Language meant to be taken seriously and literally EX. Life is unpredictable. The children will not stop moving in their desks. My alarm clock needs to be set on high in order to wake me up. My backpack is really heavy. CNOSSOS-EU Guidelines for the competent use of the future common noise assessment methods - . fabienne- anfosso- lédée