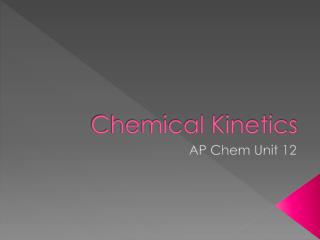 Chapter 13 Lecture 1 Chemical Kinetics - . kinetics = the area of chemistry that is concerned with reaction rates . what