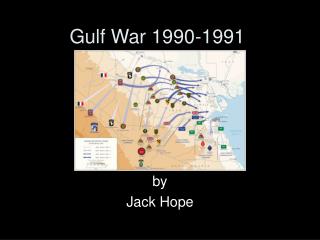 THE 1990’s and the 21 st Century - . in 1989, several eastern european nations ousted their communist regimes.

Nutrient Loads to the Gulf of Mexico - . mike woodside u.s. geological survey tn. what is hypoxia?. what causes hypoxia?.

Desert Storm - . the ups and downs of a tortured people. welcome to the world!!!. though promised independence for aiding