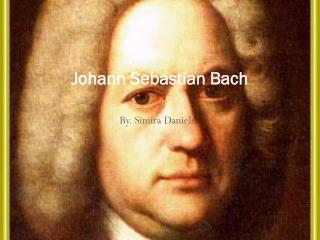 History of Physical Education - . now and then. the beginning of physical education. johann bernhard basedow 1723-1790

Literacy Coaches: Promises and Problems Sebastian Wren - . one of the most important variables determining the literacy

The How and Why - Chapter 6 the periodic table. the how and why. history. elements known to ancients: c, cu, au, fe,

Johann Sebastian Bach - . j.s. bach worked at different times for nobility and the church. he never moved far from his