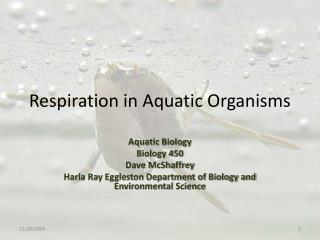 Chemoattraction in Aquatic Organisms - . the paradigm. as profit margins decline for many aquaculture species, the need

CHAPTER - 10 RESPIRATION IN ORGANISMS - . 1) why do we respire ?. we respire to get energy from food. food contains