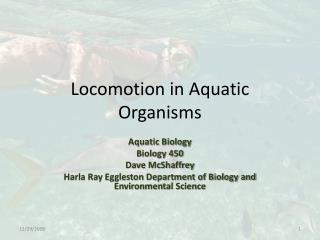 Chemoattraction in Aquatic Organisms - . the paradigm. as profit margins decline for many aquaculture species, the need

Chapter 20: Locomotion: The Aquatic Environment - Objectives. 1. name those factors that contribute to the propulsion