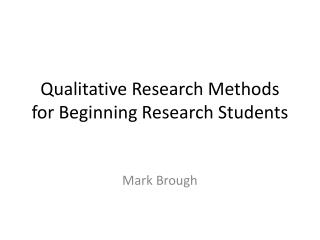 Literature Searching for Qualitative Research Unit 1 - . what we will cover in unit 1:. identifying qualitative research

Research Methods - . introduction. research methods are central to research.methods through which we seek to meet the