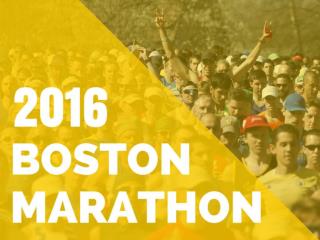 More than 30,000 participants registered for the 2016 Boston Marathon, the third largest field in the race history. Horrific Photos From Boston Marathon Bombing - How to treat your boston true estate purchasers agent? use the golden

Sarah Nixon’s 12 th Boston Marathon Run for the - . after my first boston marathon “bandit” run in 1995 with

TeamAidAsha 2010 Marathon/Half Marathon Program - . the marathon is a charismatic event. it has everything. it has drama.