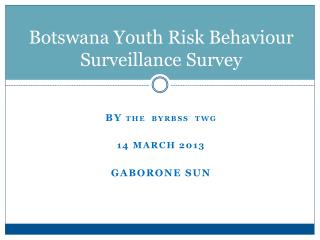 Youth Risk Behavior Survey - The yrbs, developed by cdc, is administered every two years in all middle and high schools.