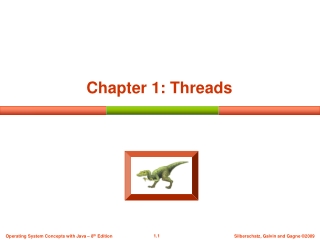 Threads - . doing several things at once. threads. what are threads? two ways to obtain a new thread the lifecycle of a

Chapter 4 Threads - . 4.1 overview. this is what a thread has of its own: a thread id a program counter a register set