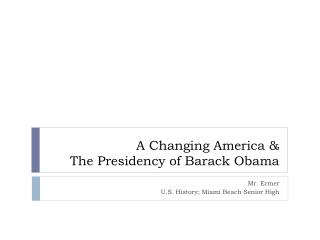 A Changing America & The Presidency of Barack Obama

A Changing America & The Presidency of Barack Obama

Top 100 Most Influential Americans of All Time The Atlantic Magazine - . 100. moby dick was a flop at the time, but he is