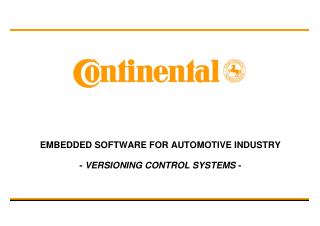 PID Control for Embedded Systems - . richard ortman and john bottenberg. the problem. add/change input to a system did it

Versioning Systems - . has one of your projects ever looked like this ?. working alone : probably manageable working in a