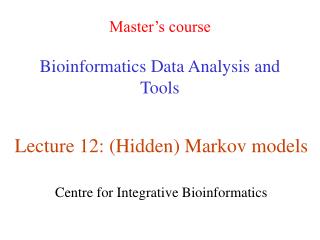 Bioinformatics - . use o f the in formatic s tools for: acquisition, storage, organization and visualization of

What is Bioinformatics? - . national institute of health (nih) : research, development, or application of computational

Classical and my Grid approaches to data mining in bioinformatics - . peter li school of computing science university of