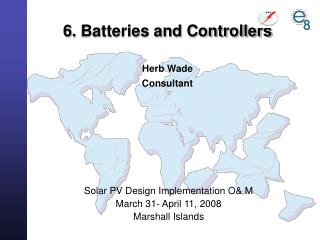 6-2. Controllers - . why have a charge controller. open cell batteries can lose water quickly if overcharged. if

Dwyane Wade - . a true role model by: christian schellhase. a hard time for wade. growing up, dwyane had to deal with

DWYANE WADE - . by: samantha masood. to understand who the real d-wade is you need to know were d-wade came from…

Chipsets and Controllers - . chipsets. a chipset is a group of devices combined into one or more integrated circuits (ics

Cells and Batteries - . syllabus statements:. c.5.1 describe how a hydrogen – oxygen fuel cell works. (include the

Controllers - . daniel mosse cs1657. introduction . suppose you have a system that needs to be controlled your software