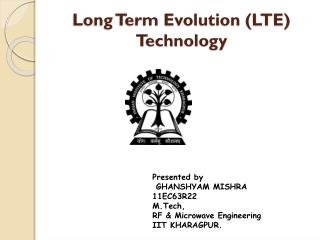 Long Term Evolution - . a new revolution in wireless communications by mike yoho. what is lte?. lte is the project name