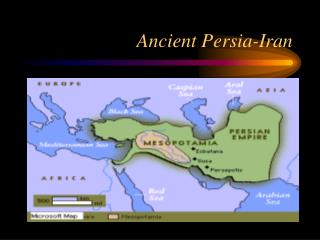 Persia - . time line of persia. 600 b.c. cyrus the great of parsa rebels against the medes and founds the persian empire

Persian Empire - . the world’s first superpower. objectives. students will discover who shaped the growth and

Persia and Greece - . greece and persia. it is a big mistake in many studies of this subject to look at greece and not

Persia - By: tim, alex, gino, and henry . persia. food: they ate stews made from meat, and fruits with herbs, and rice

Iran in the 20 th Century - . in history, iran is remembered for the ancient glory of the persian empire. when we think

Persian Empire - . the persians based their empire on tolerance and diplomacy. they relied on a strong military to back