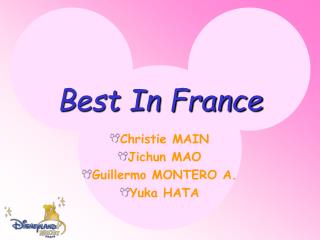 France - . the first thing a 10 year old boy might think of about france is the ireland vs france football match and

The Huguenots and War in France - . by kenia gomez. huguenots. french protestants most followed the teachings of

France - . by patrick. the capital of france is paris. the major cities in france are paris, bordeaux, lyon, nice and

The Fall of New France - . grade 7 history. new france vs. british colonies. the government of new france was very Places to Go on For a Holiday in France - Paris has always been compared and associated with france, however, there is a