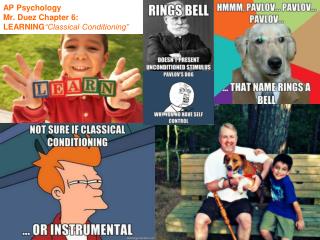 Learning - . ivan pavlov. interested in the way behavior is conditioned by association. conducted experiments to test

Classical Conditioning - And here you were thinking that you like fcuk because they make quality clothing!. classical