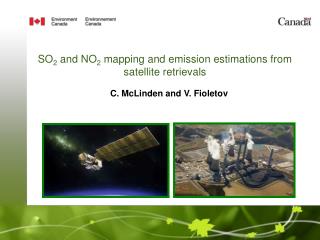 Inferring SO 2 and NO x Emissions from Satellite Remote Sensing - . randall martin with contributions from akhila

SO 2 Retrievals in the UV from Space - . caroline nowlan atomic and molecular physics division harvard-smithsonian center

2. Describing and Mapping Land - . in this module, we will discuss: three means of describing real estate types of maps

GIS and Geologic Mapping Part 2 of 2 - . tools and methods to get started using gis as a base for geologic mapping