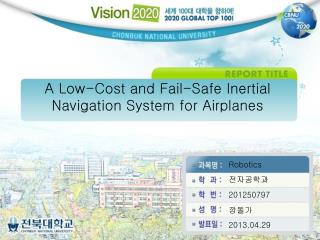 A Low-Cost and Fail-Safe Inertial Navigation System for Airplanes

A Low-Cost and Fail-Safe Inertial Navigation System for Airplanes

FLIGHT PLANNING - . navtech flight plan. the flight plan is prepared by the dispatcher on duty in operation control. the

The Challenge of Finding Your Position in a World Hostile to Radio Navigation - . prof.dr. durk van willigen

US Airways Flight 1549 Airbus A320 - . chesley b. sullenberger iii, the us airways pilot who made an emergency landing in